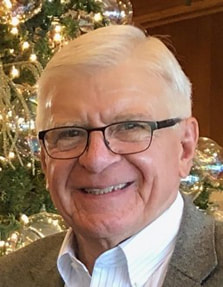 In 1977, Birdwell founded S&B Construction, then changed its name in 1983 to GR Birdwell Construction where he continues as CEO. He also formed RECON in 1988 and sold it successfully 20 years later in 2008. Branching out his focuses, Birdwell founded Essentium LP in 2009 and Dr. J’s Naturals in 2019; he serves as CEO of both.
Appalled at the plight of many Veterans in America today, in 2008 the former Air Force Civil Engineer (1959-1962) set out to help stem the tide of destroyed lives and suicides among the vast number of Veterans with PTSD. That year he founded IMPACT 21, then changed its name to PTSD Foundation of America in 2010 where he served as CEO until 2018.    Birdwell also opened CAMP HOPE in 2012, serving as CEO until 2018 when he founded the Birdwell Foundation for PTSD.

A native of Longview, Texas, in 1959 Birdwell received his BS degree in Civil Engineering from Texas A & M University, then an MBS from the University of Dallas in 1978. After much travel, in 1978 the devout Christian joined Champion Forest Baptist Church in Houston where he continues as a member today. Birdwell was ordained Deacon in 1980.
​
He married Anne Rush Birdwell in 1960. After many job relocations, the couple settled down in Houston, TX (Spring area) in 1978, then three homes later in NW Houston. They have two sons, six grandchildren and three great-grandchildren, all of whom live in the Houston area. Both sons joined Birdwell in his businesses.
gene.birdwell@birdwellfoundation.org
(281) 890-4981   ​
​ 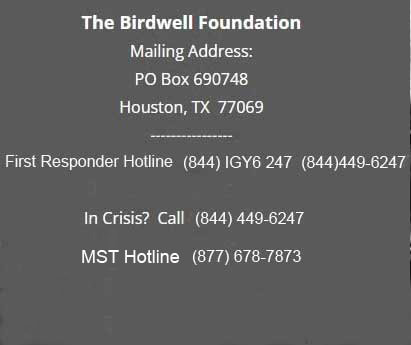